Norway exported seafood worth NOK 8.3 billion in May, an increase of NOK 484 million, or 6 per cent, compared with May 2020. This continues the seafood export growth trend from April.

"Measured in value, this year's May is the third-best May of all time for Norwegian seafood exports. Salmon exports have continued to grow from April, at the same time as we have experienced a marked increase in exports of snow crab and king crab to the USA and Asia. Although there are still some challenges, there is reason to be cautiously optimistic on behalf of seafood exports", says Renate Larsen, CEO of the Norwegian Seafood Council.

So far this year, seafood exports have totalled NOK 44.7 billion, which is 0.3 per cent higher than the same period last year.

An important industry for Norway

"Of Norway's largest export industries, seafood has performed best. This industry creates very significant value for Norway, which means a lot for settlement and growth along the coast and in the districts. Therefore, it is gratifying to see that export values have remained high this year, despite demanding times", says Renate Larsen.

During the corona crisis, more people have eaten seafood at home. As the restaurants in essential markets such as France, Italy, Great Britain and Portugal are reopening, Renate Larsen hopes for further growth in demand for Norwegian seafood.

The markets are opening up

"We already see a positive effect in some markets, such as the UK and Italy. When restaurants and fresh food counters had to close in Italy last spring, seafood exports fell sharply. The restaurants have now reopened, and Italy is now the salmon market that has increased the most in value in 2021, with an increase of NOK 300 million compared to the same period last year", says Renate Larsen.

"The growth in export value in May is due to strong price increases, with the strengthening Norwegian krone a factor. However, Norwegian producers and exporters are still not allowed to benefit from the entire price increase. Our calculations show that the strengthening of the krone in May has reduced the value of salmon exports by about 10 per cent. Italy is the market with the most robust value growth this year, whichis in contrast to weak sales last year due to closed fresh food counters and restaurants", says Seafood Analyst Paul Aandahl with the Norwegian Seafood Council.

Italy is an important sales channel


After a long period of severe coronary restrictions, Italy is gradually opening up completely.

"The infection situation is under control, and Italians can once again go out to eat. For Norwegian salmon, this means a lot, as sushi restaurants in particular have experienced tremendous growth in recent years. From 2010 to 2019, we had a tripling of salmon exports to Italy, but this came to an abrupt halt when the corona pandemic hit the country. It is therefore gratifying that growth has returned in 2021", says Trym Eidem Gundersen, the Norwegian Seafood Council's envoy to Italy.

"We know that much of the fresh cod exported to our largest recipient country, Denmark, is re-exported to France. This market stands out with strong growth in domestic consumption of fresh cod compared to the same time last year and previous years" says sea analyst Eivind Hestvik Brækkan with the Norwegian Seafood Council.

"Home consumption is still important in France, and this seems set to continue. In mid-May, the restaurants opened their outdoor cafes, but indoor dining is only now opening up in June. Cod is a popular fish and also fits in well with modern trends such as health and wellness. It will, of course, be exciting to see if this increase in home consumption continues when the restaurants fully open", says the Norwegian Seafood Council's envoy to France, Trine Horne.

Fall in value for frozen cod

"The UK continues the positive trend, with increased imports during May of frozen cod fillet from Norway. The reopening of the country is well underway. We already see strong growth in restaurant visits, which could increase demand for frozen cod fillets in the future", says marine analyst Eivind Hestvik Brækkan with the Norwegian Seafood Council.

Portugal is consolidating its position as Norway's largest market for cod clipfish, and as much as 80 per cent of the export volume went to Portugal in May. Export volume to Portugal increased by 1,000 tonnes, or 160 per cent, from a weak May 2020. However, this is still almost 1,400 tonnes lower than in May 2019.

"Throughout the pandemic, the Portuguese have increased domestic consumption of clipfish, helped by lower prices in stores. In Portugal, the reopening of society is now in full swing. Open restaurants will positively contribute to the demand side", says seafood analyst Eivind Hestvik Brækkan with the Norwegian Seafood Council.

"Also for salted fish, Portugal is by far the largest export market in May, with 88 per cent of the export volume, and a volume increase of 96 per cent, or 1,650 tonnes, from May last year. Salted fish exports to Portugal last month were also 500 tonnes higher than in May 2019", says Eivind Hestvik Brækkan with the Norwegian Seafood Council.

A fall in export value for stockfish

The volume growth for stockfish to Italy continues, with as much as 84 per cent growth in volume from May last year. This year's total export volume is now also higher than in 2019, albeit at significantly lower prices.

"Growth also continues to Nigeria, with an increase in the volume of stockfish heads of 400 tonnes, or 160 per cent, from May last year. The export value of stockfish heads to Nigeria has never been higher during the first five months of the year, with a total export value so far this year of almost NOK 60 million", says Seafood Analyst Eivind Hestvik Brækkan with the Norwegian Seafood Council.

"Herring exports are in a low season. The May figures reflect that herring exports have been strong so far and that exports of North Sea herring have not yet begun. If we look at herring exports so far this year, it is ahead of last year in volume and value, and we must go back to 2012 to find equally strong figures", says Jan Eirik Johnsen, Manager for Pelagic Species with the Norwegian Seafood Council.

Most of the mackerel caught last autumn and winter has been exported to markets with good demand.

"So far this year, the export value is somewhat behind last year, which is mainly due to a strong krone measured against both the South Korean won and the Japanese yen. The markets show good demand, especially the consumer market South Korea and the processing market Vietnam have shown formidable growth so far this year", says Jan Eirik Johnsen, Manager for Pelagic Species with the Norwegian Seafood Council.

Growth continues for the entire shellfish category in May.

"High demand and robust prices lead to the best month ever for snow crab when measured by export value. At the same time, king crab is doing well in both Asia and the USA, at the same time as we see that the European market is opening up more and demanding greater volume. With prawn exports also growing, we can toast May as the highest month ever for shellfish exports, with a total value of just under 280 million kroner", says Ørjan Kjærvik Olsen, Manager for Shellfish with the Norwegian Seafood Council.

Popular in many markets

He points to good fishing, increased quotas for snow crab and market growth as some of the explanations for this explosive growth.

"The snow crab is available in large volumes at high prices in the American grocery trade, while the picture for king crab is a little more differentiated. Approximately half of the value comes from exports to Asia, whilst the rest is split between the United States and Europe. For snow crab, about three-quarters of the quota is now fished, so here we should enjoy these strong numbers while they last", says Ørjan Kjærvik Olsen. 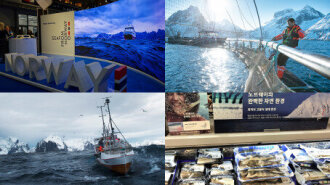 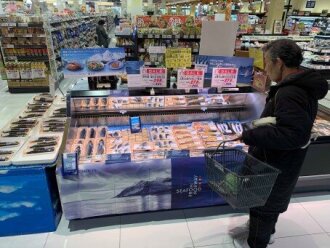 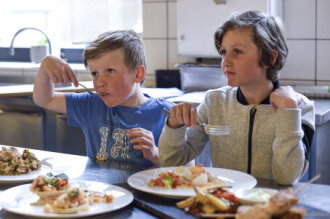