It became another star-studded night for Norwegian seafood as the Michelin guide once again sprinkled its magic across the best restaurants in the Nordic region.

They are all very different and unique experiences, but from the return of three starred Maaemo in Oslo to the submerged restaurant Under in Lindesnes, what unites many of the restaurants awarded Michelin stars is having Norwegian shellfish on their menus.

“The increasing number of Michelin stars awarded to restaurants heavily featuring Norwegian shellfish on their menus are testament to the quality and taste of sustainably harvested produce like scallops, king crab, prawns and langoustines from Norway,” says Ørjan Olsen, responsible for shellfish at the Norwegian Seafood Council.

The pandemic was a devastating blow to the restaurant industry and particularly the high-end segment where most of the Norwegian shellfish are sold. But things are again looking up, and the export of Norwegian shellfish hit record highs in July 2021.

“Norwegian shellfish exports have doubled in volume over the past ten years, testament to the insatiable appetite for our sustainable caught shellfish delicacies. Our cold waters give Norwegian shellfish the unique texture and taste which is adored by these very finest of cooks, and comes with a back story of craftsmanship, history and sustainability which is equally important to this segment,” says Olsen.

Norwegian scallops – “the best thing there is”

During the digital award ceremony, hosted in Stavanger Norway, small video clips also highlighted some of the chefs’ favourite produce.

In one such segment, head chef at Speilsalen in Trondheim, Christopher Davidsen, praised the quality and uniqueness of the Norwegian scallops, harvested in the most sustainable and gentle manner not far from his “one star restaurant” within the Britannia Hotel.

“Scallops with butter is to me the best thing there is,” Davidsen proclaimed in the video.

Nordic chefs are at the forefront and global leaders when it comes to sustainability and a total of 34 restaurants were also awarded green Michelin stars, highlighting the restauranteurs’ efforts to operate and promote sustainability.

“As restauranteurs it is our responsibility to make conscious decisions for not only ourselves by also for the planet. This is something we work with every day,” said Maaemo’s Espen Holmboe Bang upon accepting the accolade.

Together with restaurant Credo (one star), with last year’s sustainable chef award winner Heidi Bjerkan at the helm, these are the two Norwegian green starred restaurants in the Michelin guide.

A total of 11 restaurants in Norway now hold Michelin stars, including 3-starred Maaemo in Oslo and two-starred RE-NAA in Stavanger. Without exception shellfish from Norway feature heavily on the menus of all these restaurants. 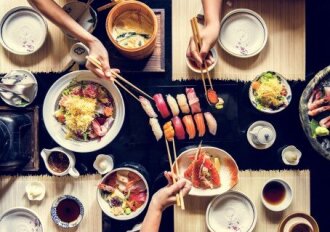 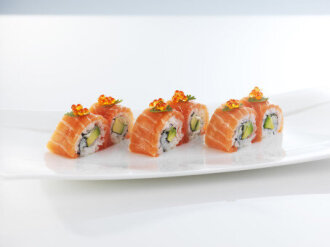 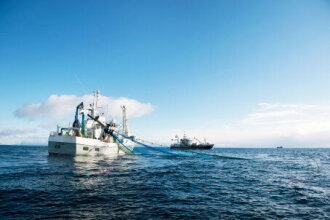 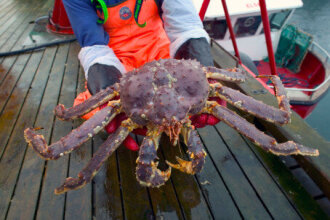