​Norway exported 2.6 million tonnes of seafood worth NOK 94.5 billion in 2017. This is an increase in value of 3 per cent, or NOK 3 billion, and an increase in volume of 7 per cent from the record year of 2016. This is the equivalent of 36 million meals every day, year round.

Norway exported 2.6 million tonnes of seafood worth NOK 94.5 billion in 2017. This is an increase in value of 3 per cent, or NOK 3 billion, and an increase in volume of 7 per cent from the record year of 2016. This is the equivalent of 36 million meals every day, year round.

- 2017 was yet another fantastic year for Norwegian seafood exports. The export value increased by 3 per cent and we see a growth in value and volume for overseas markets in Asia and the U.S. Simultaneously, exports to the EU were unchanged from 2016, says Renate Larsen, Managing Director at the Norwegian Seafood Council.

- An increased salmon price for European consumers has reduced the demand for salmon in Europe. Since Europe is the dominant market for Norwegian salmon, a reduction in salmon sales has a large effect on the export price. This has contributed to lower salmon prices in the last six months of the year, says Larsen.

- For whitefish, we see that increased value is due to increased export volume, but there are differences among the species. For example, Norwegian exporters were paid more for most cod products in 2017 compared with 2016, says Larsen. 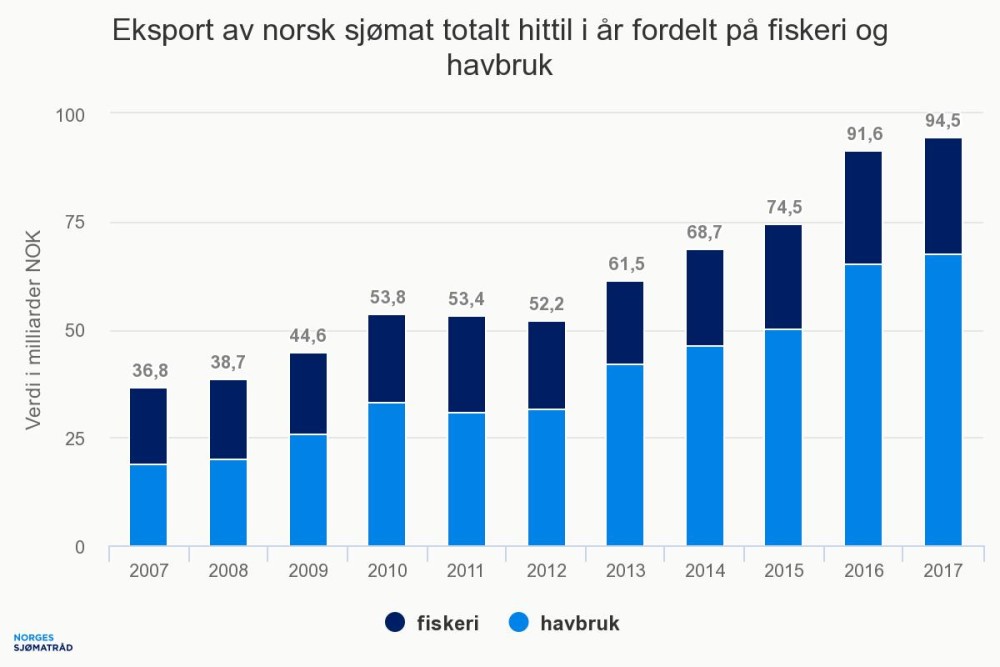 Salmon, cod and mackerel most important species in 2017

Salmon is the most important species for Norwegian seafood exports with over 68 per cent of the total export value and 38 per cent of the volume. Trout pulls the volume down so that the exports from aquaculture are unchanged compared with 2016. The decline in the trout exports is complex and the reasons include fewer producers concentrating on trout in Norway and the disappearance of the Russian market.

There were records for the species salmon, cod and haddock when measured in export value in 2017. 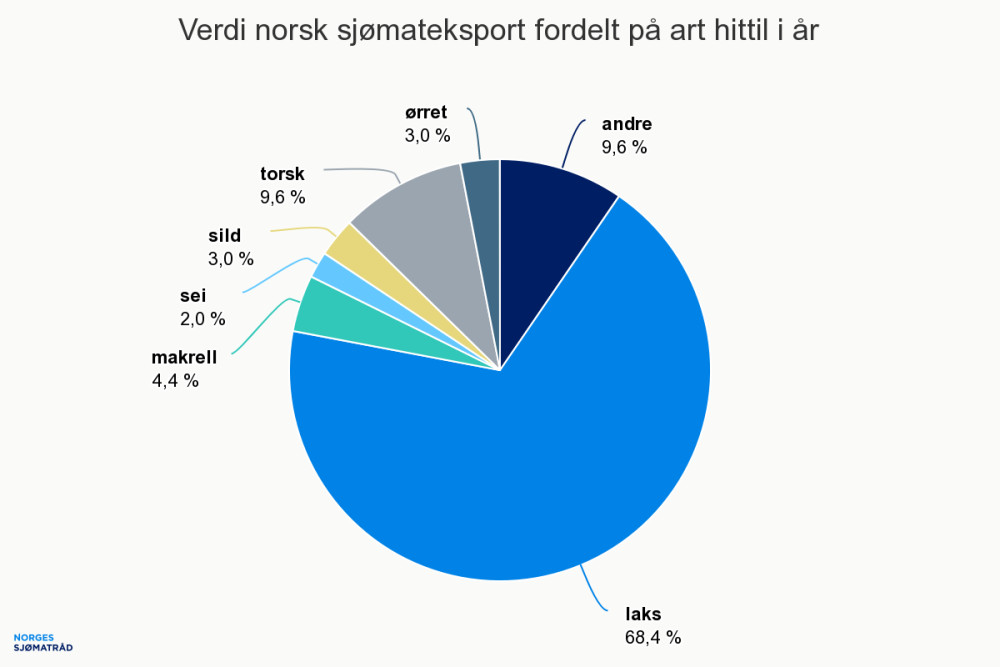 Most important markets for Norwegian seafood

Norway exported 1.6 million tonnes of seafood to the EU worth NOK 61 billion in 2017. This is an increase in volume of 2 per cent, while the value is at the same level as 2016.

- Increased seafood consumption in Asia is driven by a growing middle class and improved distribution. We expect that the growth will continue in the future, and one example is the potential for China. Given a full normalisation of the market access, salmon exports may reach 156,000 tonnes in 2025, equivalent to 12 per cent of current salmon production in Norway, says Sigmund Bjørgo, the Norwegian Seafood Council's Country Director in China. 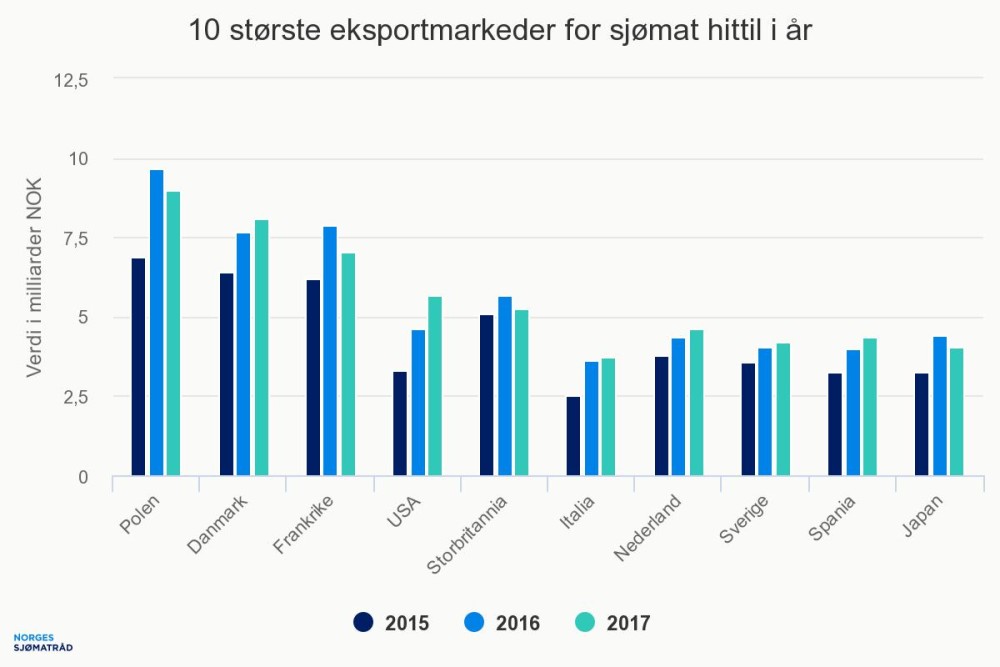 - Sixty-nine per cent of total seafood exports are sent out as whole fish. There is, therefore, a great potential to increase the value of Norwegian seafood, says Larsen.

Only 17 per cent of salmon exports are processed before they are exported, while 83 per cent of the volume is exported as fresh or frozen whole fish. Even though the share has declined the last few years, 53 per cent of all cod was processed into products such as salt fish, clipfish, stockfish or fillets for export.

- The seafood industry is one of Norway's most important export industries. And this year's record exports strengthen the industry's position. The Government's ambition is for the seafood industry to grow and create more jobs, says Minister of Fisheries Per Sandberg.